Absentee voting for all Seward area citizens is the City Clerk's office at City Hall, 410 Adams Street (corner of 5th & Adams) for two weeks prior to each election.

Do you need special assistance to vote? Any person housebound during any election can send a friend to pick up a ballot or ask the clerk's office to come to your house with a Special Needs Ballot. Come to the City Clerk's Office or call 224-4046 to arrange this or receive more information.

You must be registered to vote at least 30 days prior to an election. 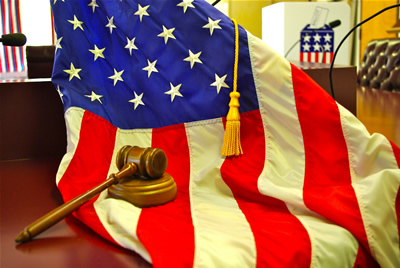 Please keep your address information updated with the Division of Elections in Juneau.  Update your information at the City Clerk's Office at 410 Adams Street or click here for a Voter Registration Form.

Absentee By Mail Voting: Click here to apply for an Absentee By-Mail Ballot for a STATE election.

Absentee By Mail Voting: Click here to apply for an Absentee By-Mail Ballot for a MUNICIPAL election.

Alaska is a “no excuse” state, which means you do not need a reason to vote absentee in person. Starting 15 days before Election Day, you can vote in person with the City Clerk whenever it’s most convenient for you. Bring a form of identification (driver’s license, State ID, etc.). The City Clerk’s office is open Monday – Friday from 8 am – 5 pm and will not close its doors during this time.

Alaska law allows a recognized political party to select who may participate in their party’s primary.

Republican ballot may be voted by anyone registered as:

Democratic ballot may be voted by anyone registered as:

Independence ballot may be voted by anyone registered as:

Any qualified voter living within the Seward city limits for at least one year prior to August 15, 2020 may file a declaration of candidacy for one of two (2) available council seats that will be filled at the Regular Municipal Election to be conducted on Tuesday, October 6, 2020. The Council Member seats currently held by Sue McClure and Julie Crites are available. Both are three (3) year terms expiring in October, 2023.

Questions concerning candidate filing or any other aspect of the election should be directed to the City Clerk’s office at 224-4046.

Candidates who do not represent a political party (no-party candidates) certified by the director will appear on the general election ballot.

Judicial candidates filing for retention will appear on the general election ballot.

A space will be provided in each candidate race on the general election ballot for voters to record the name of a write-in candidate certified by the director.

The general election ballot is an open ballot and all candidates, regardless of their party affiliation, will appear on the ballot.

All 2020 elections will take place in Seward City Hall.