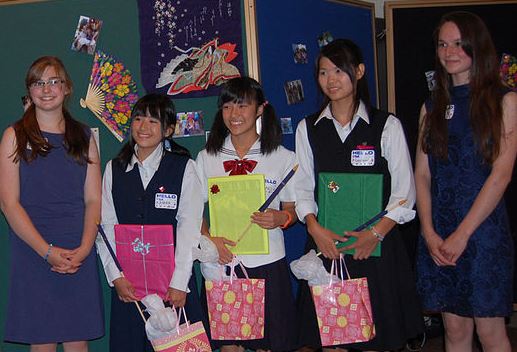 Since 1968, Seward has had a sister-city relationship with Obihiro, Japan. Obihiro is located on the northern island of Hokkaido. This relationship began during the tenure of then-Seward Mayor Bob Richardson and Yasuhiko Ohsono. Seward and Obihiro have exchanged students each year since 1973. Seward presents the city of Obihiro, Japan with an Alaskan Gold Pan as a Mayor's Trophy for their annual Heigen Festival, and Obihiro, Japan presents Seward with many Fourth of July Mt. Marathon trophies and a Silver Salmon Derby trophy each year. In the early years, Seward gifted Obihiro with a live alaskan moose, that held residence in their zoo for many years.

More information on Obihiro and the student exchange program.

Seward also has a Sister-Port Relationship with Kushiro, Japan, also located on the northern island of Hokkaido. Officials from Kushiro have also participated in delegation exchanges over the years. We have had this relationship since about 1982. Seward sends an Alaskan Gold Pan for the "Best Seamanship award" to the winner of the yacht race at their annual Port Festival.

On August 2-8, 2004, Kushiro invited a delegation of 5 children and 1 adult for the 1st World Children's Summit. The children gave a 10-min. presentation about their state, activities and environmental concerns.

A group of children also went over for a dance competition during this time.

Seward has had an informal sister-city relationship with Yeosu City, Korea for years. Delegations have traveled back and forth. Most interactions and meetings revolve around trade, commerce and strengthening the relationship bond. Yeosu City will be the sight of the World Expo in 2012. We look forward to more interaction and collaboration with this great city in the near future.

The year 2018 marked the 50th anniversary of the Sister City relationship between Seward, Alaska and Obihiro, Japan. In honor of this anniversary, a group of citizens was chosen from Obihiro, Japan to visit Seward, Alaska, along with the Mayor and Vice Mayor of Obihiro. Then in October, a group of Seward citizens, including a couple of Council members, was chosen to accompany the Mayor of Seward to visit both Obihiro and Kushiro. Both of the adult groups enjoyed learning about different cultures and experiencing new adventures! Click on the link below to see some fun pictures!

Free viewers are required for some of the attached documents.
They can be downloaded by clicking on the icons below.